We use research and strategy to create beautiful brands and digital experiences. We're a tight-knit team of creatives, developers and digital strategists with over 40 years' combined commercial experience.

We work remotely with businesses all over the country, creating beautiful brands, conversion-focused websites and digital marketing strategies that generate leads.

Our clients come in all shapes and sizes and from many different industries, all with the common goal of finding solutions to their problems and ensuring they stand out against their competitors. That's where we come in.

A little about us and what we do. 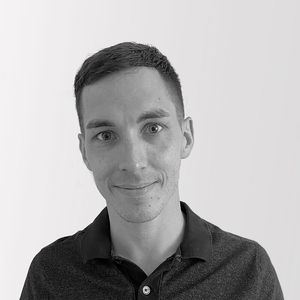 Adam is an Oxfordshire based website developer with over 15 years of commercial experience. Adam started his career at Jupix, one of the UK's leading property software providers. In his seven years there he became the lead Website Developer and built over 150 estate agency websites.

Following that, Adam joined Torpedo, a B2B Digital Marketing agency, where he worked on a number of large multilingual and international projects for brands such as Adobe, Epson and Panasonic. He left in 2017 to set up Rumbl.

Between being told what to do by his sassy daughter and bossy son, Adam enjoys playing football, keeping fit at the gym and following a number of sports. 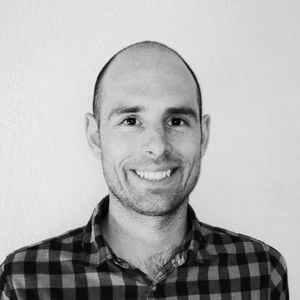 Simon is an experienced UI/UX designer with over 20 years of commercial experience.

Simon started out as a freelance graphic designer, gaining experience in the London design circuit working for agencies and brands such as Wolf Olins, Gap, Sainsburys and TK Maxx.

Following that, Simon became a Lead Designer at Waggener Edstrom Worldwide and then went on to freelance in Melbourne for a couple of years before moving back to the UK.

In his spare time Simon enjoys traveling and going on adventures with his family. 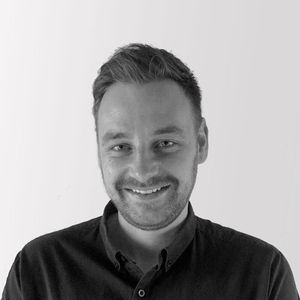 Jack is a website developer with over 5 years of commercial experience creating digital products for a broad range of clients. He loves creating user focussed, engaging and goal driven websites using the latest technology to provide clients with an edge over their competition.

In his spare time Jack enjoys playing golf and being walked by his stubborn dog.

Take a closer look at what we do.

Website services that generate leads and drive your business forwards.

Branding services that ensure you stand out from your competition.

Creative services that solidify your brand and generate business.

A selection of forward thinking brands we have the pleasure of working with. Some of the things we've made.

What our customers say.

There is simply no other company that I would entrust with designing, building and maintaining our website. Since Rumbl completed the build of the new website, we have seen the levels of enquiries for our Affiliate Network Members more than triple when compared to the numbers we received in the previous months when our old website was in operation. The team at Rumbl were superb in every aspect of what was a very involved and complex project. I cannot recommend them highly enough.

Rumbl were a joy to work with throughout this website project. We knew from the outset that we wanted a website that would feel unique and not be a typical estate agency one. We were in touch a lot and he dealt with everything promptly and professionally. The outcome is something what we are very proud of. Rumbl offers fantastic service, ideas and support.

Just had our new website go live and I’m over the moon with it. The team at Rumbl made sure everything was just the way we wanted it before hitting the button and we have only had a positive response since. Our new site is crisp and clear, it has lots of cleaver bits but is easy to use. We have already noticed the increase in leads coming through compared to our previous site.

We have worked with the team at Rumbl since establishing the Blue & White Company and their support has been absolutely invaluable. To many entrepreneurs, there is a significant amount to learn in the early days and the proficiency of Rumbl was much appreciated, and remained key, as our business came to life; their maintenance support continues to make the world of difference as the company blossoms and grows and our needs change. From our experience, it would have been much harder to achieve this progressive development without the expertise of Rumbl and we recommend their services highly.